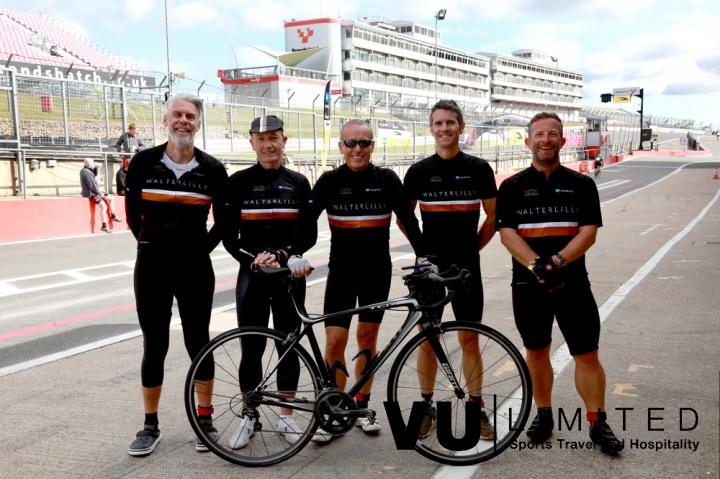 After beginning bright and early with a 6:30am briefing, our first cyclists Mark Cope and Stuart Yates crossed the starting line at 7:30am. The cycling was non-stop until the race concluded at 7:30pm when the distances covered by each team were totalled.

Completing 96 laps in total, a distance of over 236 miles, Team Walter Lilly finished in 7th place. Their fastest lap was also the first of the day, from our own Mark Cope, who cycled the course in just 6.12 minutes.

Thank you and congratulations to all the cyclists who were part of our teams, for a good performance and a great effort.

Congratulations to our friends from Darke & Taylor who placed first overall. The HQR industry was well represented with teams from Ideaworks, Fusion Automation and Toureen Group competing in what was an enjoyable, exciting and exhausting day.

You can see photos from the day over on our Flickr page.